Thanks for stopping by dear collector! 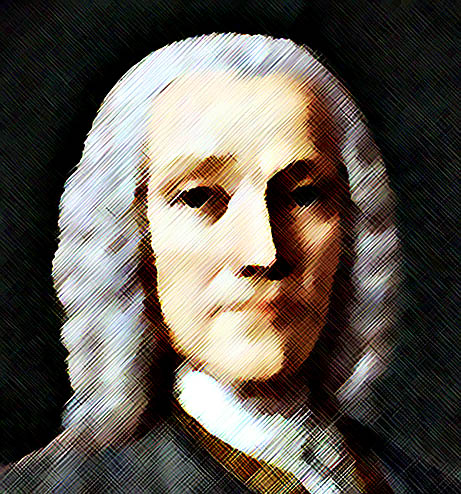 Domenico Scarlatti has been a part of my life ever since I first heard his music as a tween.

Scarlatti, along with GF Handel and JS Bach -- all born in 1685 -- are considered the giants of the (late) Baroque era. Scarlatti , for understandable reasons, is the least known of the three. Handel and Bach were inveterate self-promoters, were at the musical centres of their respective locales, composed wide varieties of music for many venues, and their music was widely published. (And, of course, they were musical geniuses. Though, it must be said, JS Bach's reputation wasn't as great in his time as GP Telemann's, and later by his second son, CPE Bach (one of my favorite composers). It was only later (mid 1800s) that Bach's music was rediscovered by the Romantic composers that he attained his modern reputation.) Scarlatti, on the other hand, when not gambling (the Queen paid off a lot of his gambling debts), or spending time with his family, was a humble Court servant: he spent the majority of his adult life out of the public eye, having secured a position as one of the court composers ...;

My Upcoming Residency at the RMG 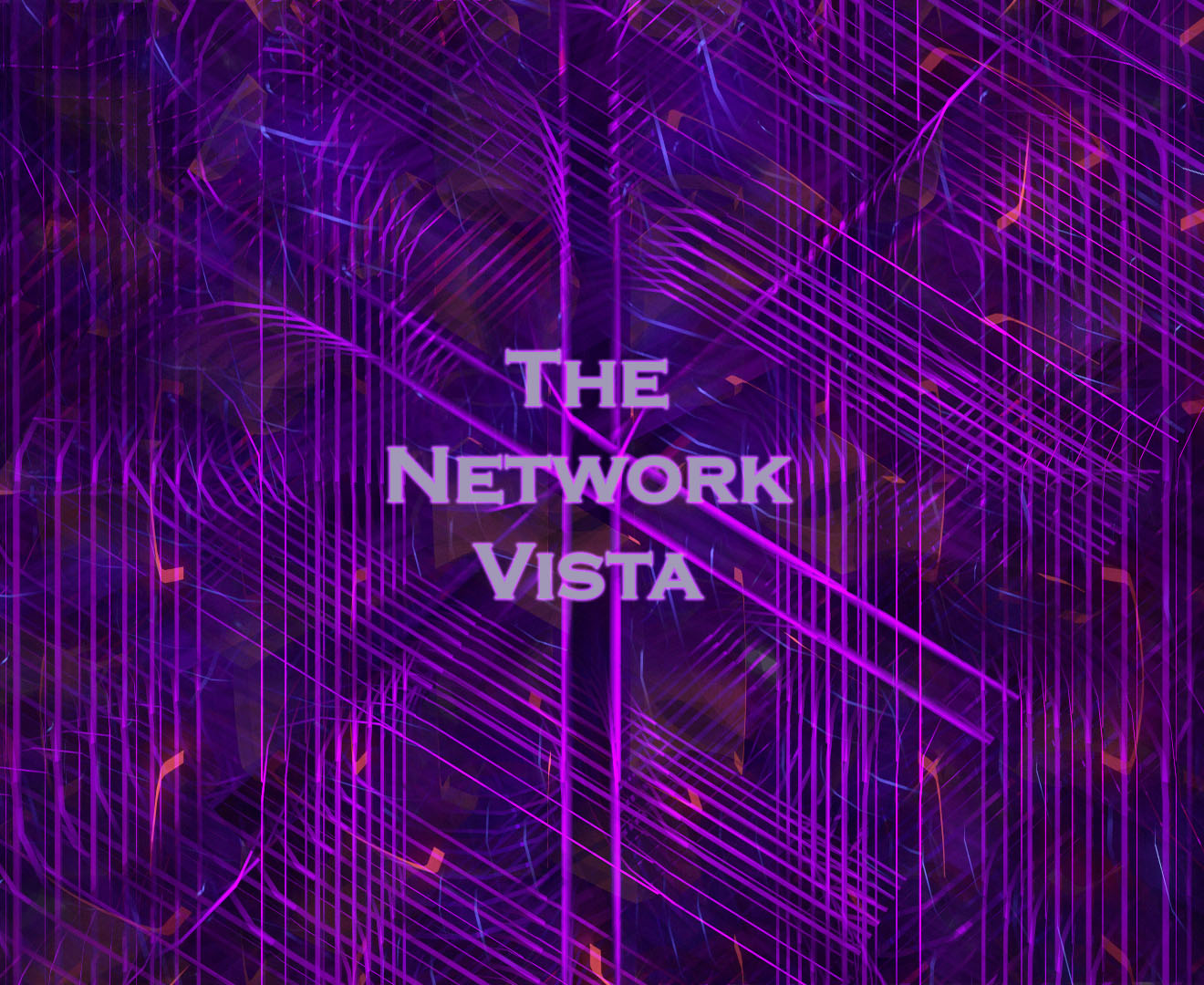 I feel I should say a few words about my upcoming residency at the The Robert McLaughlin Gallery that begins in a few days (January 5, 2017).

I am grateful for this residency because it gives me the time and space to dedicate myself to finally scratch a creative itch that's been nagging at me for most of my life. And it's a perfect fit with the RMG's raison d'etre for creating this venue to help artists evolve. Here's an excerpt of the RMG's mission statement for the ArtLab: The Art Lab residency program is unique in that it is only offered to artists who propose to experiment with new ideas, take risks and make dramatic departures from work they have done in the past. For example, artists may want to consider working in a new medium, with a collaborator, integrating another artistic discipline (i.e. performance, music etc..) or pursuing a community collaboration with outside partners. There are no expectations in terms of producing a completed work or body of work, but instead, artists are encouraged to make mistakes, try something new and explore.

Well, that's exactly what this residency means to me: ...;

So who is Bosco? 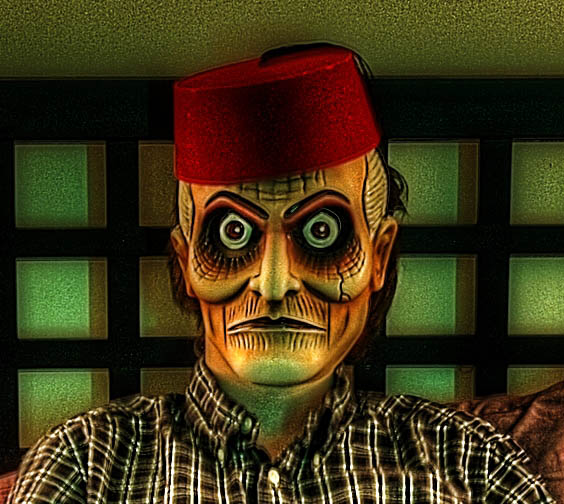 Artists are not necessarily the best interpreters of their own work. And many artists are reluctant to say anything about their own work, preferring to let the work speak for itself: after all, the more that it has to be explained, the less it seems to need to speak for itself. The artist may not even think about what his work means as he dives into the creative process — indeed, thinking about meaning may hinder hearing what the muses whisper to his ear.

Another qualm is that analysis, though it can obviously aid understanding, threatens to sully an honest and pure relationship to the work, which is now coloured by someone's viewpoint that adheres to it, especially if analysis precedes active engagement with the work itself. It's only after an active engagement with the work, in which one has explored one's reactions to it and drawn one's own conclusions, that analysis should be pursued because it's then that it can deepen one's understanding and appreciation.

The Bosco Project: An Interview

Bosco's public unveiling at last year's Strange and Astounding Show went very well. Luis Ceriz, proprietor of Suspect Video (one of the most unique and wonderful video stores on the planet, which is tragically closing because developers, who own Toronto, are happy to replace unique neighborhoods with big box stores and condos) was quite taken with it. With his connections to one of the premier online horror fanzines he suggested they might be interested in publishing it.

Well, it's a year later and it appears that they're not all that interested in publishing it. I don't hold it against them, since I assume that my answers don't quite fit their demographic. (And, of course, Bosco's not exactly a household name... yet, which I think Luis was attempted to correct with this interview, for which I thank him muchly.)

So I'll just post it myself now. Note that the interview was conducted in December 2015 so references to future events are long past now. ...; 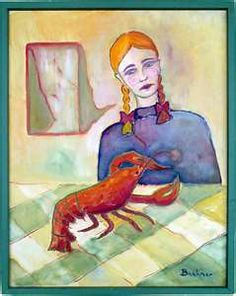 An artist entering a juried show cannot take it personally if their submissions are rejected, especially if they know their work is the real thing. (And it should be emphasized that the work is being rejected, not the artist. Unless, of course, it is personal... but that's a different, if related, topic.)

Would an avant-garde opera singer (eg: Klaus Nomi) have a chance of getting a chair to turn around for him on a hyper-mainstream show like The Voice? No, of course not. Should that upset him? No, because it's the wrong venue for him.

A truly genuine artist — especially one who creates challenging work — doesn't stand a chance of gaining entry to the West Podunk Women's Auxiliary Fine Arts League's Annual Spring Show juried by Edna Krautmeier who dabbles in gouache and teaches painting at the retirement home. (The Arts League, though, will happily accept your entry fee.) Do you think Francis Bacon would be accepted to that show? Would his work fit in with still lifes of daisies, folksy winter scenes, and collages of shoes? And Cezanne probably wouldn't have a prayer of getting into a juried show with a ...; 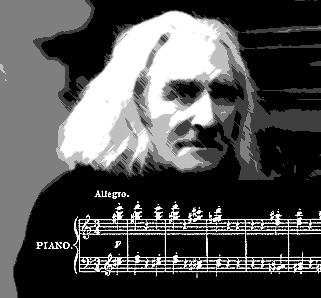 Like most kids of my generation my first exposure to Liszt's music (if not classical music in general) was hearing his Hungarian Rhapsody #2 played by some major cartoon characters. Raised in an environment where the finer arts were not a part of daily life, and may even have been seen with suspicion, it took me a very long time (years, in fact) to discover who the composer of this glorious showpiece was. (This was before the internet could answer my question in seconds.)

And so began a lifelong love affair with Liszt, for which I thank the studios, animators, and directors responsible for producing these wonderful cartoons.

And, in retrospect, I think this may have planted an early seed in my interest in synaesthesia and visual music. Here were my favorite cartoon characters not only playing this outstanding music, but the music was synchronized with all these wonderfully comic, extra-musical, visual effects. Indeed, cartoons in general are almost unimaginable without this almost synaesthetic synchronization, usually (though not always) in service of a narrative. But that's a topic for another day. Let me just say that I have tremendous respect and admiration for the particular genius of ...;

You can view many works by P11 and find tons of info...  —David Payne   → Entering Ray Mead's Garden of Oedipus